Magic Hour Writers welcomed guest speaker Shannon Anderson from Rensselaer, Indiana. A former first grade teacher, Shannon is now an elementary school literacy coach, coordinates the high ability program, and teaches Spanish for elementary educators. Shannon has a short story titled A Deed a Day in Chicken Soup for the Soul - Find Your Happiness. She also will have a how-to article "Through the Hoop" published in Highlights Magazine for Children in August 2012. 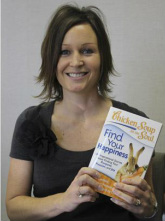 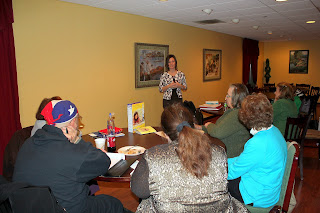 Shannon suggested writers carry around an idea book at all times. Include anything and everything in your idea book, even a catchy title. She spoke about her road to publication, how to get critiques from those in the field, and making/maintaining contacts. She discussed writing grants, joining SCBWI (Society of Children's Book Writers and Illustrators), attending conferences, starting your own website, and taking online courses. Shannon's presentation was full of information and inspiration! Her website is http://www.shannonisteaching.com/.

Joan read her latest poem The Legion which included a recipe for Flag Cake. She shared a second poem entitled Veggies.

Jackie read a poem about worms and a related recipe for dirt pudding. Jackie also brought in a box of Cherrios which included one of the winning books from the Spoonful of Stories contest many members submitted to last year. 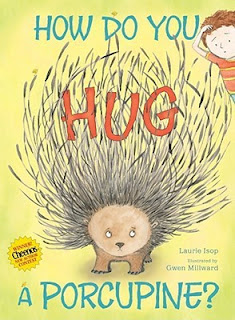