Patty participated in a two hour webinar sponsored by SCBWI. The webinar was $35 and included critique. She recommended those put on by the Texas chapters. The 2020 Winter Webinar Series is being offered to both members and non-members. You must register for ZOOM, a free website to view the SCBWI webinars. https://indiana.scbwi.org/events/winter-webinar-series-motivational-speaker-erin-ramsey/

Karen is the SCBWI Library Coordinator and updates the Hoosier Book Happenings Library Newsletter which promotes PAL members’ new books. https://indiana.scbwi.org/2020/01/04/in-scbwi-hoosier-book-happenings/ . The fall retreat will be the first weekend in November for the next three years.

Valia talked about the Tri City Safety Village. History teacher Tom Clark that is there every Saturday from 9-12. Valia suggested Karen get in touch with him again and discuss her book The Medal With A Heart. The museum has a vast collection including pictures of Purple Heart recipients.

Valia brought in an old Hoosier Horizon Children’s Magazine he found in his father’s trunk. Vaila’s own son was a contest winner decades ago, before Valia had even heard of the group.  Valia then read “Wolves Around the Chattisgarh Express,” a poem he wrote about his cousins and uncle who were killed in 1984 by mobs who targeted Sikhs.  It was published in The Sikh Review, Volume 67:12, No. 792 Dec. 1, 2019. http://www.sikhreview.org/magazine.aspx

Pete’s fifth book came out in December. Mr. Webster Rock Star Teacher was illustrated by his daughter and is a memorial for a friend. Pete interview several teachers who were friends with Mr. Webster. Proceeds benefit the Gary Webster Young Musicians Program for Valparaiso 4th and 5th grade elementary students. Pete is also working on a screenplay based loosely on his high school and college friends that he continues to golf with. 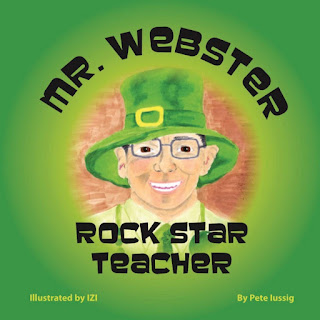 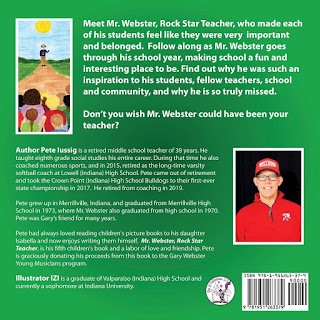 Jackie applied for another writer residency/retreat. She informed members that Magic Hour Writers has now been in existence and meeting regularly since February 11, 2010. The blogsite has over 110 published posts and continues to highlight members’ achievements, upcoming events, and includes resources for writers of all levels and genres. Members suggested we celebrate MHW's 10 year anniversary next month.


JSH
Posted by Magic Hour Writers at 11:56 AM No comments:

Meeting Highlights to come.
Posted by Magic Hour Writers at 11:47 AM No comments: